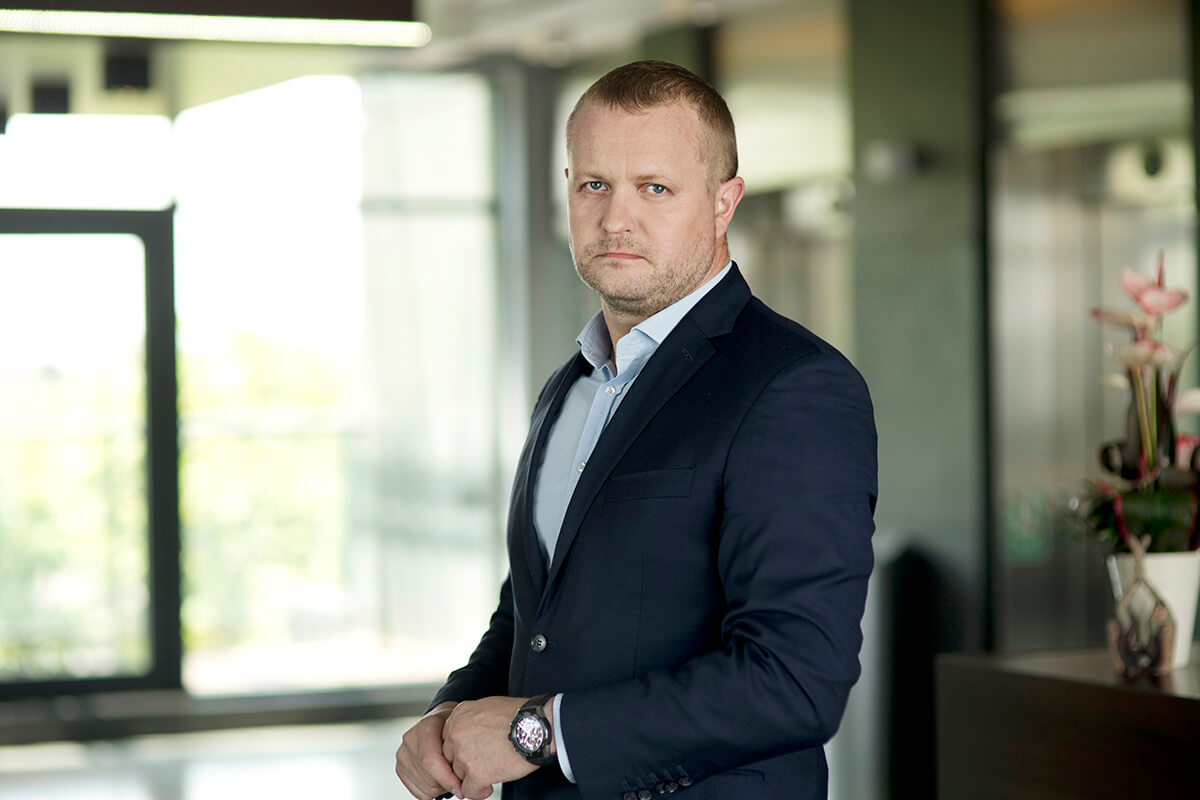 President of the Management Board

Paweł Jarski graduated from Kozminski University, his speciality being IT in Management and Human Resource Management. He is also a scholarship holder of Helsinki School of Economics (Finland) and Jonkoping Business School (Switzerland) where he studied business management related fields.

Between 2001 and 2003, Mr. Paweł Jarski conducted his business activity consisting in providing IT services to companies and simultaneously worked as a project manager in several companies with foreign capital.

Between 2004 and 2010, as a co-owner and the Management Board President, he managed SYNERGIS Sp. z o.o. company, which in its third year of operations in Poland became the leader in the waste electrical and electronic equipment collection and treatment market and a major company in the non-ferrous metals trading and recycling market. Moreover, between 2008 and 2010, as the management board president, he managed SYNERGIS Electrorecycling SA and Electro-System SA, until the companies were sold to a sector investor. In 2010, after selling SYNERGIS Sp. z o.o. to another sector investor, Mr. Jarski performed a function of a Managing Director at Tesla Recycling SA, whose core business was recycling and management of rare metals. He worked at Tesla Recycling SA until March 2011, when he took up the post of the Management Board President at Elemental Holding SA. Elemental Holding SA is now the owner of Tesla Recycling SA.

In the fourth quarter of 2011, as the Management Board President of Elemental Holding SA, he took over SYNTOM SA with its seat in Tomaszów Mazowiecki, thus creating one of the biggest entities dealing with trade and recycling of non-ferrous metals in Poland. In 2012, he successfully introduced Elemental Holding Company on the New Connect market, and in 2013 the company's quotations were transferred to the main market of the Warsaw Stock Exchange. The funds raised from the issue financed the acquisition of Terra Recycling SA - the leader in the processing of waste electrical and electronic equipment on the Polish market.

In 2015, he became a laureate of Parkiet magazine award for ten best young managers of companies listed at the Stock Exchange (Młode Wilki Giełdy). In 2015 edition of WIG80-group company presidents' ranking of Business Harvard Review, he won 7th place.